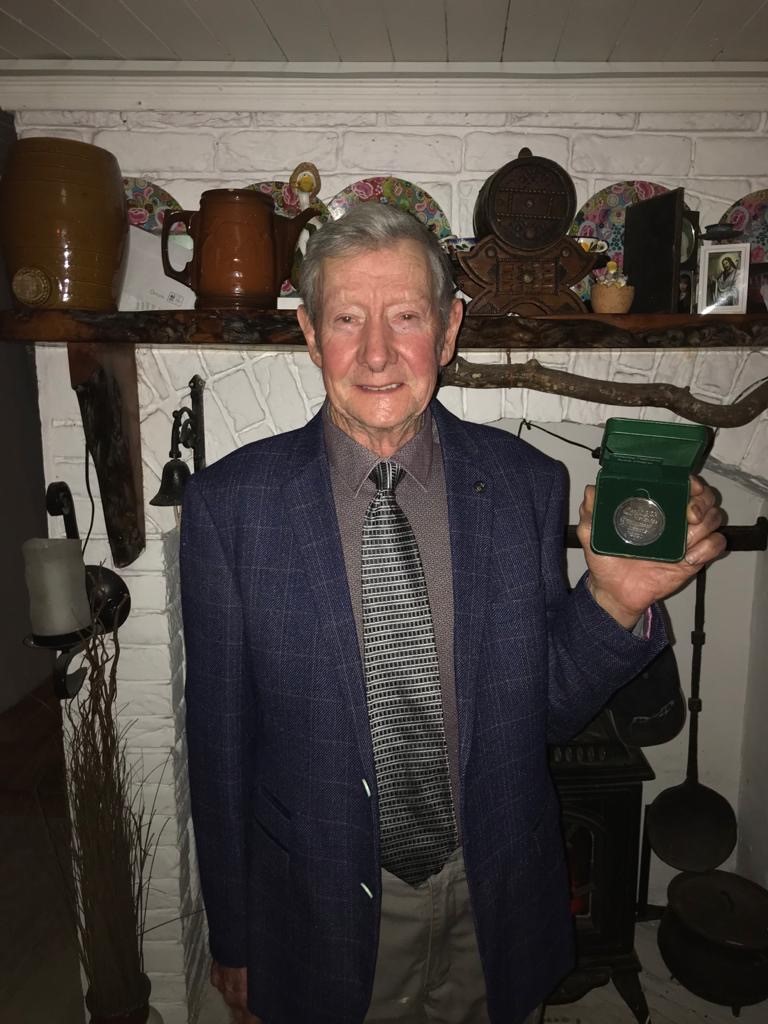 A Mealagh Valley farmer who has helped raise almost €90,000 for the world’s poorest people has been given an Outstanding Commitment Award by the Irish development organisation, Concern Worldwide.

Patrick O’Sullivan has been running an annual raffle for Concern for over 40 years, after he saw images of the famine in Bangladesh on TV while in a friend’s house.

“I was playing cards, and the news report came on the television, we didn’t have a television at home at the time as we’d no electricity, and you couldn’t help but be moved.  I won a couple of turkeys through card games, and got two more and went door to door to about 40 or 50 houses selling raffle tickets for them. I’ve been doing raffles around Christmas time ever since,” he said.

A cash price has replaced the turkeys, which Mr O’Sullivan and his family donate from their own pockets. He estimates he visits over a 100 houses every year, about ten to eleven a night. “Most people like to see me coming, they’re expecting me. We have a bit of craic, I tell them a few stories, some nights I might get to only one or two we’re having that good a time.”

Along with running the raffle Mr O’Sullivan also does the church gate collections in Enniskeane and Drimoleague parishes, with help from his daughter Alison. At one stage he looked after nine churches but that had been reduced down to three.

2019 was the first year Mr O’Sullivan didn’t run the raffle due to the ill health of his wife, Bernadette.  She sadly passed away earlier this year in February. “We were married 51 years, we had a great time and lots of laughs, we had nine children, they’re all over the world now,” he said.

Concern’s Chief Executive, Dominic MacSorley, praised the organisation’s volunteers and all those who support them in their efforts at the awards held virtually on the 5th December.

“The extraordinary commitment of Concern volunteers has kept a flame of compassion alive in communities around Ireland,” he said.

“Their commitment has been integral in sustaining Irish people’s solidarity in action across the world’s hardest hit areas. We cannot thank them enough for their support, particularly at this most challenging time.”

Concern’s Volunteer Awards began in 2013 to celebrate the vital contribution made by the charity’s  1,700 volunteers around Ireland. Many raise funds that enable the organisation to continue to alleviate poverty and hunger in the world’s poorest countries.

Concern was formed by volunteers in 1968 as part of a major humanitarian response to the Biafran famine in Nigeria caused by civil war. Last year the charity helped over 28 million people in 24 of the world’s poorest countries.

More information about its work or how to support the aid agency can be found on its website at concern.net.

West Cork Sudbury School due to open in September
June 24, 2020