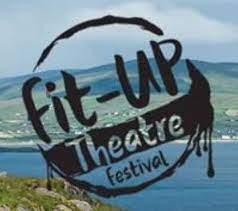 An important milestone is being marked in West Cork this week with the return of live performing arts events. The West Cork Fit-Up Theatre Festival got underway on Tuesday and will run until Sunday, August 1st. Nine one-actor plays will be shown during the 12-day festival.

Traditionally, the annual festival brings award-winning live theatre to towns, villages and island communities across West Cork. However, due to Covid-19 restrictions, this year’s event will see twenty-eight outdoor performances in Ballydehob Community Park.  A large tent with open sides has been erected for the festival which is proudly supported by Cork County Council and the Arts Council

The popular performer and writer Seamus O’Rourke opened the festival with his new show Padraig Potts. His second play Indigestion takes to the stage on Wednesday, July 21st.

Over the course of the festival, Cork comedian Tadhg Hickey will put on three performances of his first solo comedy In One Eye Out The Other. It tells the story of Feargal, a downtrodden but cheery man who fulfilled his lifelong dream of becoming an alcoholic.

Timmy O’Mahony has the World Premiere of his new play The Story. Aindreas de Staic’s The Man from Moogaga, which was a hit at the 2019 Festival, returns and his companion play Around the World on 80 Quid also features. Other plays include Irene Kelleher’s new drama Wake, Ronan Dempsey’s Edinburgh Festival hit The Words Are There and Sara Jane Scott’s Appropriate.

“Covid 19 has had such a devastating effect on every sector of society, but perhaps none more visibly that on the performing arts sector, with virtually all live performances cancelled over the past 15 months.  Cork County Council warmly welcomes the return of the West Cork fit-Ups Theatre Festival.  This festival has been a core part of the county’s event offering over many years  It is now something of an institution and a regular fixture in the county’s cultural calendar.  The return of live performances is another sign of a return to more normal times and I would like to congratulate everybody involved in organising this year’s event.”

Due to continuing Covid safety requirements, strict audience limits and Covid-19 safety measures will apply. Pre-booking is essential and tickets must be purchased directly from the Box Office on 087 607674

BUYING ONLINE FROM THE UK AFTER BREXIT
January 29, 2021