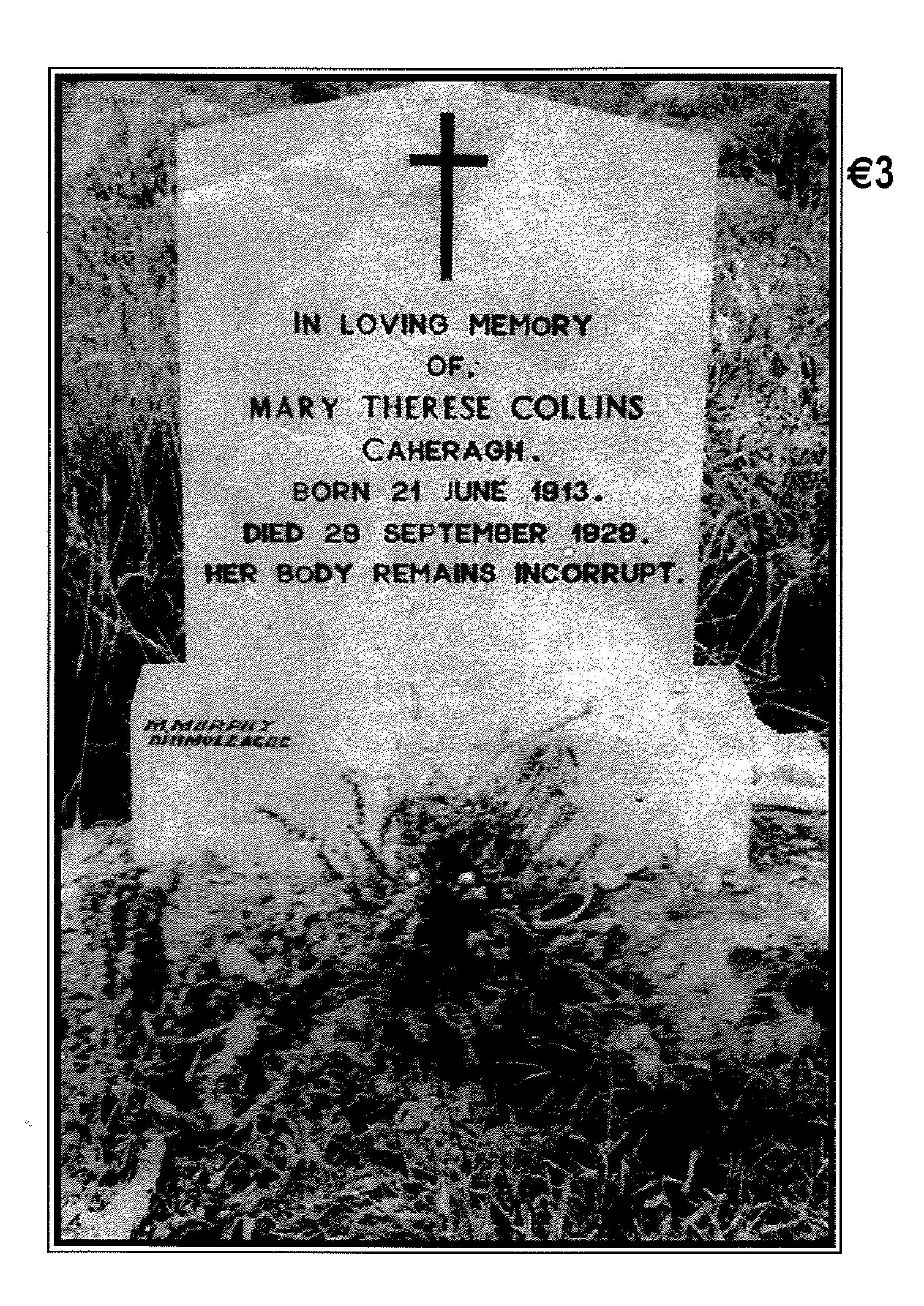 Ninety two years after her death in 1928, many still visit the grave of 16 year old Mary Therese Collins, whose remarkable story has given hope to many. 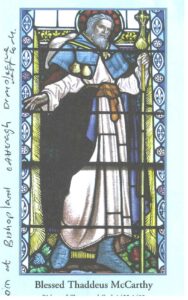 The townland of Bishopland, Caheragh has a miraculous quality to it.

In 1455, a man named Thaddeus McCarthy was born there.  In 1490 Thaddeus was appointed Bishop of Cork & Cloyne.   Thaddeus died in 1492 in Italy on his way home from a visit to Rome.   Many miracles have been attributed to him since his death and his completely preserved, ‘incorrupt’ body lies in the Cathedral of Ivrea, Italy, leading him to be declared Blessed by Pope Leo XIII in 1896.  One more miracle is needed for Thaddeus to be sainted.

Centuries later, Mary Therése Collins was born in Caheragh, in June 1913.   She died aged only 16 and is buried in the birthplace of Blessed Thaddeus McCarthy.   Like Thaddeus, Mary Therése’s body was discovered, eyes open and completely intact and incorrupt, fifty years after her death.  Mary Therése has since been associated with several miracles.  The remarkable story of Mary Therése has been documented in a booklet, which can be purchased from The Traveller’s Rest in Caheragh, and also from D J Dineen, Caheragh.  The cost of the booklet is €3 and the proceeds are used to cover the cost of printing.

The grave of Mary Therése is located in the cemetery in Caheragh, West Cork.   It continues to be a popular spot for people to visit seeking healing, relief from pain and worry, and blessings.

BUYING ONLINE FROM THE UK AFTER BREXIT
January 29, 2021